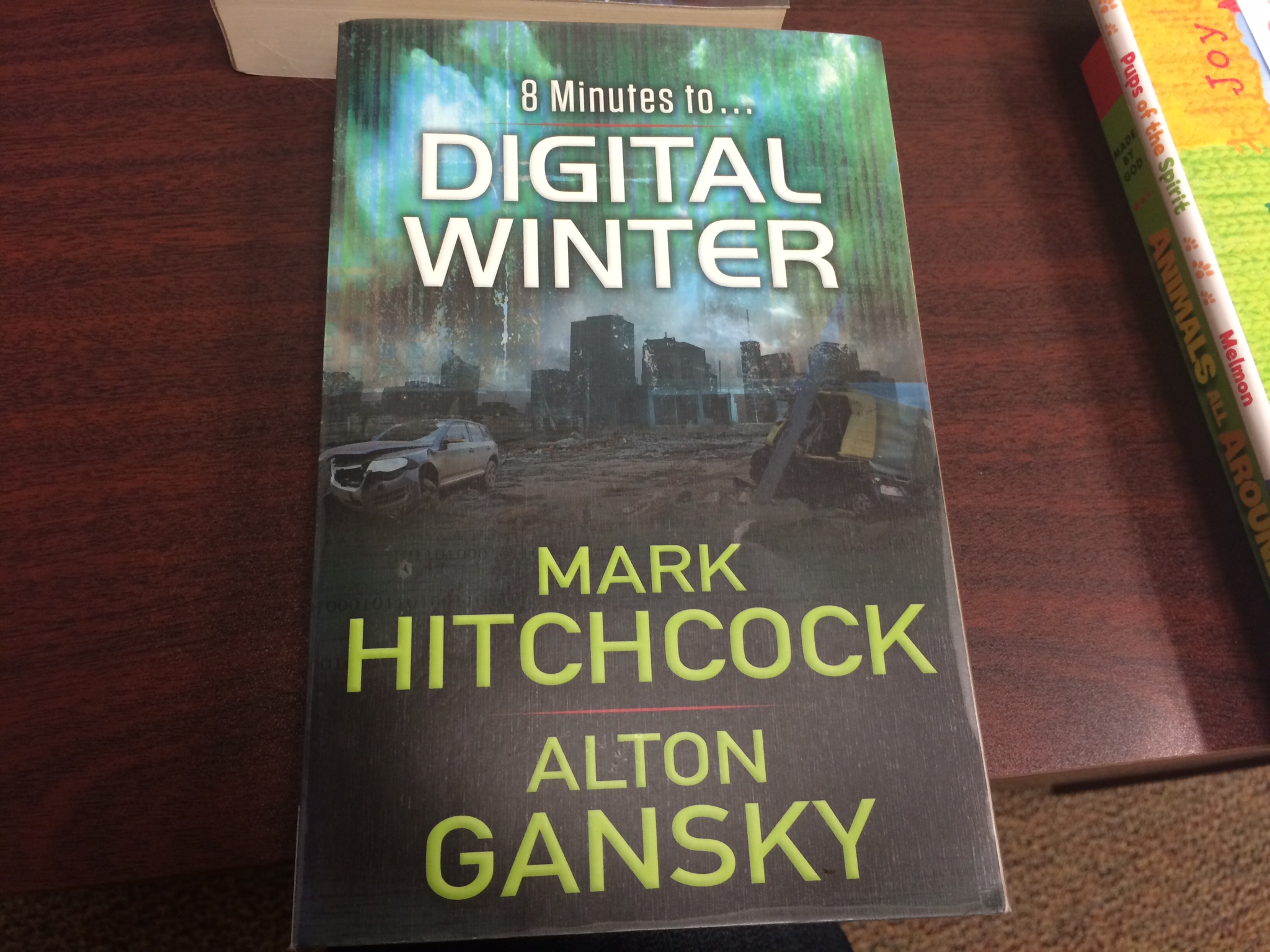 By MARK HITCHCOCK and ALTON GANSKY

Twenty-two year old Donny Elton sat in his bedroom as he did every morning writing line upon line of  unintelligible computer code from his wheelchair.   The helpless savant had never spoken more than a few words at a time, so Stanley Elton, Donny’s father was shocked to hear a voice from his son’s room “Shadow, shadow on my left: shadow, shadow on my right.”

That was the day the lights went out.

Colonel Jeremy Matisse of the US Cyber command discovers that a computer worm has destroyed power stations around the country and is continuing to evolve.   The race is on to determine its source before urban centers self-destruct without communication, transportation and vital services.

Can Jeremy stop the cyber attack?   What is it endgame?   And who-or-what-prompted Donny Elton to write the code that is bringing the world to its knees?

A gripping story of darkness and heroism set in our not-too-distant future.